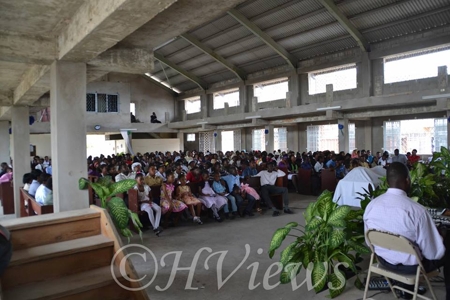 The local church is a united organized body of individual believers. The Harbour View Seventh-day Adventist church is a part of the East Jamaica Conference which was formed in 1967 with 51 members. This church was formed through a crusade which 51 persons were baptized and members from North Street Seventh-day Adventist Church co-strengthen the young brethren. Much of its history is owned to the foundation members of the church. Mrs. Dottie Foulks, Mr. O. Foulks, Mrs. Rose Fairweather, Mrs. Hilda Thidd, Mrs. Mary Henderson-Charles and Mrs. Elson Wilson are a few foundation members of the church. The first pastor was Pastor Newman. Currently, the church is under the leadership of Pastor Lorenzo Brown and is apart of the Harbour View district of chruches which also includes the Harbour Heights, Bull Bay, Greenvale View churches.

Pastors who have served over the years

Seventh-day Adventist beliefs are meant to permeate your whole life. Growing out of scriptures that paint a compelling portrait of God, you are invited to explore, experience and know the One who desires to make us whole.

We use cookies to personalize content and ads, to provide social media features, and to analyze our traffic. We also share information about your use of our site with our social media, advertising, and analytics partners.